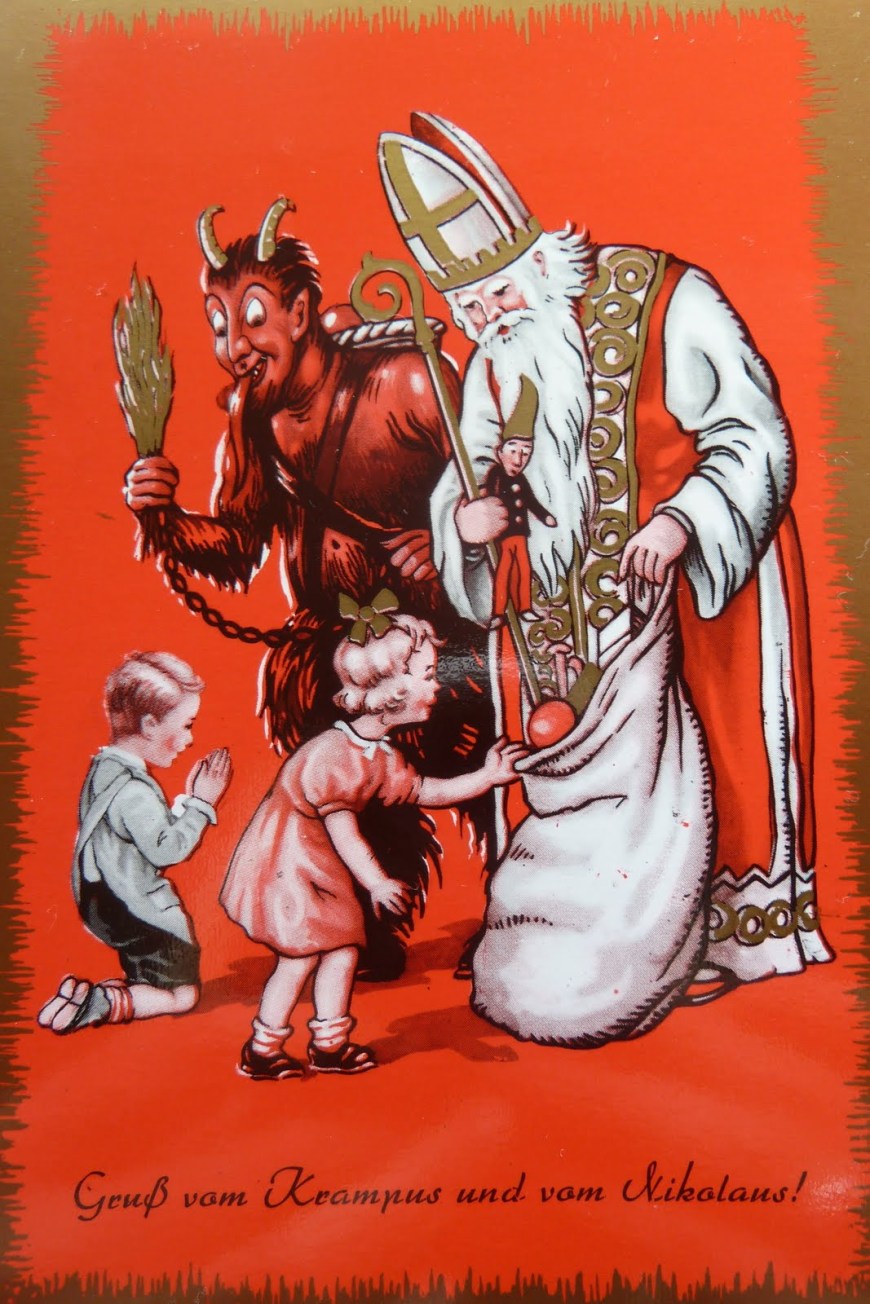 “Maybe just try to embrace it this year, man,” he said, stroking his beard, thoughtfully.

“Look, Nick, I appreciate what you’re tryin’ to do here, but c’mon. There’s no universe in which this doesn’t suck.

His friend stifled a chuckle. “You had a choice you know.”

He frowned, not that anyone could tell, what with the horns, and the twisted vile wrinkles, and lolling forked tongue. “I don’t think that’s true. If I’d said no it would have broken my father’s black heart.”

This time Nicholas chuckled openly. “I suppose that’s true. He did have a heart for the work.”

“Beating badly behaved young ones with a stick?” he asked wryly. “I supposed he did, at that.”

“Well, at least they have it coming,” Nick tried again.

The demon nodded, finally. “They do, indeed. My mother was a high school teacher. Seeing what that did to her, what she became in Hell, I suppose I should be proud of what I’m accomplishing.”

“Good man!” Nicholas laughed, patting his companion on the back. “Have some fun with it then,” he said, stepping out of their shared sleigh. The reindeer backed away from his companion and he slapped the one who snapped at his friend on the hind quarters. “Behave, now, Agueda!” he chastised. “He brings your grain every night!”

“She doesn’t know me when I wear this guise, Nicky. Don’t be too hard on her. I think the sound of the chains spooks them.”

“I suppose,” he said. But he felt badly about the expression on his friend’s face. They knew each other well enough that even in his Hellish form, Saint Nicholas could read Krampus’s face. “But you’re just doing your job.”

“I know, but … Magical or no, Nick, she’s just an animal. And they know where I come from. They can’t help but know.”

Nicholas looked a little sad for his friend. His own appointed duties were so pleasant. He wanted to cheer up this creature who set the stage for his celebration each year. “Come to the feast tonight.”

“You’d be most welcome,” he assured the demon.

“At a Heavenly feast?”

“You were appointed to be a part of it. You’ve always been welcome.”

As he started off down the first of many streets, his large, unwieldy, head nodded slowly. “Perhaps I will.”

Read the rest in The Twelve Days of Fic-mas – Holiday Tales With a Twist Vol. I