“Is the meat almost done?” the young man called into the kitchen, doing his best to remember that he was home and not in the field.

“I only have two hands, Cartaphilis,” came the flippant reply.

He choked back a sharp rebuke. You’re home. You’re home and it’s a holiday, he reminded himself. His mother had scolded him lightly just this morning when one of the servants used his given name this morning and he’d shouted.

“It’s Saturnalia, my love,” Aquilla had chided softly. “You know during the revels a servant may use your name, even talk back without fear of retribution. Besides, darling, these people raised you with us. They remember the little boy who grew up here, not this hard and handsome soldier you’ve become.”

He’d nodded grudgingly, and then accepted his father’s suggestion that in the festive spirit of the holiday, he should see to the servants, reacquaint himself with them, and give his mother a day of rest and wine while he led the brigade of servants to complete the feast. Spirit of the holiday. That stunk like the stables, as far as Cartiphilis was concerned. Exactly like horseshit. A great lot of it, too.

“Why so glum, son?” his father teased as he entered the room. “Did Ophelia cancel?”

He just frowned in response. “How does Mother do this every day? She makes it all look so easy, so effortless. I lead men into battle. Why is this so difficult?”

His father gave a rich laugh. “I’m sure building an encampment is much more difficult that putting together a little dinner party.”

“Not hardly,” he groused. “In the field, my word is law.” His shoulders squared unconsciously.

His father nearly smiled at that. His son had always been a rather bookish child, much more interested in study than anything else, and he’d often been chastised for slouching at the table, forgetting to eat, and reading some scroll or map until it was burned into his brain. Now, the studious slender boy had transformed into a solid, competent man of action. “As it is here in this house, my boy,” he said with humor. “The servants are doing your bidding in preparing the meal. I could smell it in the courtyard.”

“I would never tolerate the insolence, the familiar language, much less the laziness I’ve endured from the help in this house, both free and bound, this day, Father.”

His father chuckled. “The beauty of Saturnalia, son, apart from the obvious honor we pay our gods in hopes they will see to our empire’s continued increase in all things, is that it’s meant to remind us all, and especially the powerful to keep some humility, and to respect those who serve them.”

“I’m sorry, Father,” Cartaphilis said with a wry smirk. “I must have missed that with all the drunken debauchery going on.”

“Be sour if you must, now, but get it out of your system. Tonight, we celebrate! My son has come home. Alive!”

Cartaphilis accepted his father’s warm embrace. He smiled when he thought of his family’s faces when he’d come through the door, not too long ago. The Legion had not been his father’s first choice, or his last, for that matter.

His father wanted his only son to work for him, if not in the mercantile trade where most of their money came from, then on the estate. Make wine, boy, he’d said. You like wine, don’t you? Or perhaps grow crops. Maybe in due time, enter politics. And most certainly take the lovely Ophelia for a wife and have as many fat babies as you can afford servants to chase after them.

This night was, to Maximus, at least, a night to celebrate his wayward son’s return, his exit from service, and perhaps turn him toward worthier pursuits if he could. Cartaphilis sensed that’s what the evening’s meal would be about, directing him where the family decided he should go. And with an audience, no less. He wrestled with the choice before him; tell his father now or make his plans known tonight at dinner.

“Wait until you see Ophelia, my boy,” his father enthused, releasing him finally from the tight hug that had threatened to bruise them both.

“I can’t wait.” Cartaphilis managed a smile. He’d wait until tomorrow to bring it up. He didn’t want any clouds gathering over his reunion with Ophelia. Besides, he hadn’t yet committed. Perhaps when he saw her, he would really change his mind as his father hoped.

He cast a slightly desperate eye at the kitchen, thinking once again that battle plans were a nursery game compared to going anywhere near a kitchen. His father grinned. “Now, son, why don’t you go get ready for this evening? I’ll see to all this.” He tipped his chin at the kitchen and gave his son a wink.

Read the rest in The Twelve Days of Fic-mas – Holiday Tales With a Twist Vol. I 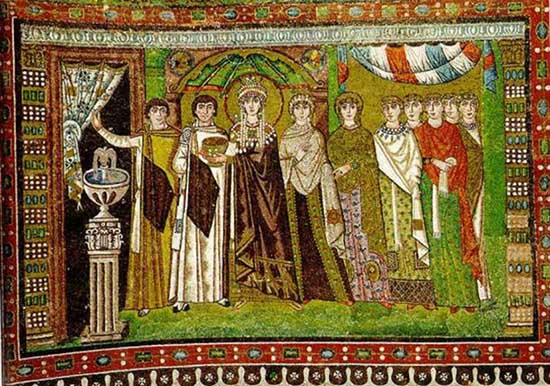