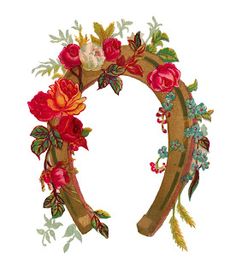 Here is an excerpt from Book II, Before the Dawn.

And So, This Is Christmas

Ben had been worried that the news of the destruction being wrought by Heaven and Hell, most likely in an effort to flush them out, would set back Mal’s resolve to remain optimistic. He’d gotten up the next day expecting the worst. He found instead a woman determined to enjoy every moment. She blithely ignored news reports and dragged him out ice skating for the afternoon, or maybe took him on a walk around whatever town they were in to decide which place had the best pie through excessive sampling.

Everything went so well in the weeks that followed, he was a little ashamed of trying to protect her from the information. His reserve had caused more strain on their relationship than he’d realized. He knew she worried about his future, too, but, he resolved that he would deal with that only when he truly had to. He knew he sometimes held himself at a distance because of it and that she wondered why.

He wanted to do something to make it up to her but had no idea of how to begin. He lost a lot of sleep over it as they made their snowy way north over the month of December. When they finally made camp for the holiday weekend, he thought he had an idea, just something to reassure her that, no matter what, he’d do his best to give them the future she envisioned.

When Mal rolled over and reached out for Ben, his side of the bed was empty. She cracked an eye open, thinking perhaps she had overslept, but found it completely dark. She decided that he must be in the bathroom and started dozing again while thinking about their Christmas plans and hoping it wouldn’t set Teddy off. If Thanksgiving was any indication, holidays were going to be hard for him, but they’d agreed that doing normal things and helping him through when he struggled was better than walking on eggshells all the time. Better for him, too.

However, they were planning a very low-key day so hopefully it wouldn’t make him, and subsequently everyone else, miserable. She’d noticed when Teddy had a bad day, Ben was more prone to nightmares. He was so damned protective; he obviously felt like a failure when someone else had a rough time.

She was almost fully asleep again when Ben crawled back into bed. She moved closer and drowsily put an arm around him. “Baby, you’re cold,” she mumbled.

Still not really awake, Mal asked, “Why are you cold?”

“I was outside.” He burrowed more deeply under the covers and put one arm around her and one under his pillow.

Not even processing what he said, she slurred sleepily, “Should do s’magic an’ warm up.”

“Too tired. You’ll just have to snuggle me.”

She wrapped a leg around him too, as she came a little more awake. “Why were you outside?”

Ben kissed her forehead. His lips, at least, were warm. “I’ll show you in a couple of hours. Go back to sleep.” And as he warmed up, they both dozed off.

When his watch’s silent alarm buzzed them awake, it was still dark, although no longer the pitch black it had been when he came back to bed. Ben pressed his lips to hers and whispered, “Merry Christmas.”

“Ben,” she groaned quietly. “Why are we getting up in the dark?”

“Because no one else will be.”

He pulled on an extra layer of clothes that he stashed at the foot of the bed the night before. He handed her a set of his sweats that would fit over her pajamas.

“Bundle up,” he whispered. “I want you to come outside with me.”

As Mal’s brain slowly started working at normal awake speed, she remembered her brief stirring in the middle of the night, and curious, she pulled on the clothes. They tiptoed past their sleeping campermates, only pausing to grab their jackets, hats, and gloves, dressing in them as they slipped quietly out the door.

Their boots crunched on the frozen ground, reminding Mal painfully of home. They took a few steps into the dark and then Ben stopped and turned to face her. “I have something for you and I can’t give it to you in front of everyone.”

Mal gave him a sly grin. “It’s way too cold out here for that, Ben.”

Even around his hat and last Christmas’s scarf she could see him blushing in the moonlight, but he did laugh. “That’s for Christmas night.” She reached out and took his gloved hand in hers to let him know she was done teasing. Ben cleared his throat. “So, people have been celebrating this season for thousands and thousands of years.”

Mal nodded. “I know it; the return of the sun, rebirth, and all that. It’s nice, I think.”

“It is. It’s a time for new beginnings, right? Celebrating possibility?”

“Yeah,” she agreed, but the word rose at the end, almost a question.

He trailed off, unsure of how to say what he was feeling. He decided to jump in with both feet and just give it to her. From the pocket of his coat, Ben drew a little leather book, the kind that snapped closed. Hooked onto the clasp was a silver pen, engraved all over with the Celtic knot in a delicate repeating pattern.

“I didn’t have a chance to wrap it … I just figured out what I wanted to give you earlier, I mean yesterday, when I went into town.”

He passed it to Mal, who took it carefully, feeling how beautifully smooth the cover was, smelling the warm leather, and admiring the scrollwork on the pen. She made a move like she would open it and Ben said quickly, “It’s a journal for you … I wrote on the first page though.” Mal paused, looking at him inquisitively.

“I wrote my promise to you, sort of, for after … I thought you could use this to write about our lives … once we get there, you know … You can read it now if you want.”

She smiled and shook her head. “I think I want you to read it to me … when we get there.”

She looked a little teary, but she smiled as she threw herself into his arms. It was so cold their coats sounded crispy rubbing together. After a minute she stepped back. “I got you something, too. Hang on.”

Before Ben could say a word, she’d slipped back inside. She wasn’t gone even two minutes when she came noiselessly back out carrying a small velvet jeweler’s box. He didn’t even have time to think before she thrust it into his hand, looking a tiny bit nervous.

Needing her smile back, Ben kidded, “Are you proposing to me out here on the damned tundra? Because that’s not very romantic. A guy wants to be swept off his feet you know.”

She didn’t just smile, she laughed; a real laugh. Ben had the melancholy thought that it was a sound that had become too rare in the last several months. He would do a better job of making sure they both got to hear it more often. He started to open the box, too curious about what could have made her look so nervous to wait anymore, but she reached out and stopped him.

“I found this story, in one of the books I was reading a while ago …” Ben dipped his chin, encouraging her to continue. “It was about the Devil.”

“This just keeps getting more romantic. Be still my heart.”

“Be quiet and listen a minute, smartass!” Ben cracked up this time, thinking that his own laugh wasn’t a terrible sound either. “The Devil visited a blacksmith one day and asked for shoes for his cloven hooves.”

Ben knew this story. But he stayed quiet, wanting to hear her tell it.

“The blacksmith knew the Devil for what he was, and proceeded to shoe him, just as painfully and miserably as possible. To pay him back for any friends or family that might be suffering in Hell.” She paused, as a shadow passed behind Ben’s otherwise amused eyes, but he nodded encouragement. “So, the Devil, being the world’s worst wimp and completely unable to tolerate even the most minor suffering, ran off without his other shoe, vowing to never go near another smithy or even anywhere a horseshoe was displayed for all of time.”

Mal looked at him expectantly. A minute passed. “Well, jeez, open it before we both freeze!”

Ben shook his head. “I wasn’t sure you were done. I know I’m the writer here, but someone should teach you how to end a story,” he chuckled.

Then he opened the little box and bit his lip. Resting against the velvet inside was a small pin. It was a golden horseshoe, entwined with a rose vine. Where the flower would be there was an exquisitely carved and polished garnet. Ben licked his lips, almost immediately regretting it in the biting cold.

“Don’t worry about money. I found it when I was looking through stuff for that lot auction a couple of weeks ago … My dad must’ve made it … It was right after I read that story. And I know that roses and garnets are supposed to represent my family for some reason … Between me and that horseshoe, I thought … I just want you safe … It seemed so perfect and I wanted…”

She was silenced by Ben’s mouth closing over hers. She could feel him clutching the little box. Then he slid it into his pocket, so his arms could go around her. After a minute, when they started to disengage from their embrace, Ben whispered in here ear, “I have something else for you.”

He took her hand and led her around the front of the RV. He was glad the noise of the generator would easily cover Mal’s delighted squeal of surprise when she saw what he had done. “So, I take it you like it?”

She hugged him again, bouncing a little, although he wasn’t sure if she was just pleased or if the cold was starting to get to her. Then she turned away from him to just stare at her gift. For a few minutes Mal was nearly speechless. They had all decided that a tree would be too much for Teddy. And honestly, it was close quarters in the RV without the addition of even a small version of Mal’s favorite form of holiday cheer.

But, Ben had found a way around, just like he always did. A few yards away from their campsite was a beautiful little snow-covered evergreen. But now, it danced with floating orbs of flickering light that reflected off the frost and icicles and looked as magical as it, in fact, was.

“I love it,” she whispered. Then she cleared her throat and repeated herself, so she could be sure he heard her gratitude. “I love it. Thank you.”

“It’s going to disappear the second the sun rises. The spell depends on the moonlight.”

“I thought it would be better if it was gone when the others got up anyway.”

She turned back into his arms. “Good. It belongs to only us.”

They didn’t know it but, perhaps they could feel, they were both thinking the same thing. Neither of them had ever felt warmer on a cold morning, nor had they ever been more sure the future really held infinite possibility for them; that everything really could be alright.

In their own way, they were both very young.

Getting more and more excited for book two!