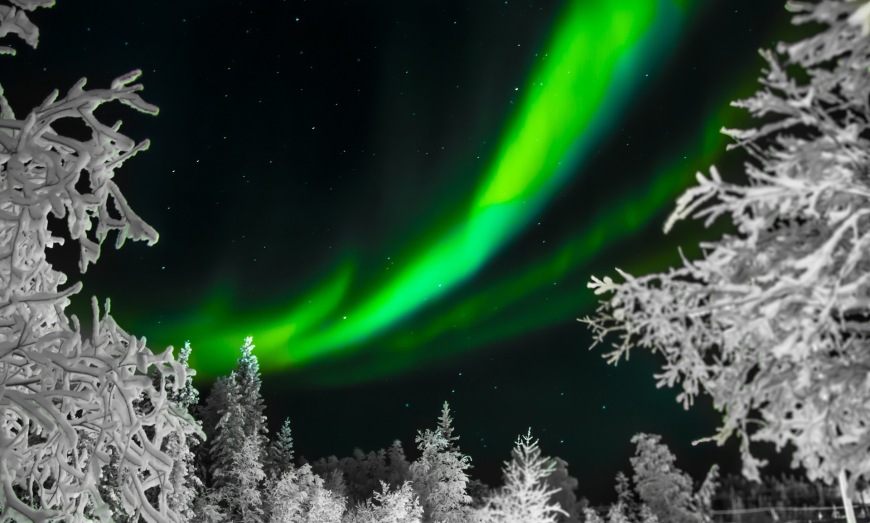 Authors Note: Here we have another look at a solstice from Ben’s past, this one as a demon. In traditional Norse mythology Loki is the blood-brother of Odin. In most modern literature, not just the MCU (although, who doesn’t love Marvel?) Loki is Odin’s adopted son. That’s so much more fun. Odin is also pretty much ancient Norse Santa. He had to make an appearance.

Doubt Truth to Be a Liar

Barely fed and rested from the Wild Hunt, Allfather made his way to the great stable. He smiled despite his weariness, listening to the Yule songs carried on the winter winds from his people in the mortal realm all the way to his ears here in Asgard.

He hadn’t yet laid eyes on his steed, but he could hear Sleipnir pawing at the ground impatiently. He chuckled to himself, his warm breath frosting in the frigid air on this, the longest night of the year.

“Patience, Sleipnir! We’ll ride soon enough and you’ll feast on the gifts of the children!”

The horse neighed softly in reply. Allfather laughed to himself. There were few things his eight-legged companion liked more than riding out with him on this night, the eve of the Solstice, as they did each year, and had since time out of mind. He looked forward to distributing gifts to his faithful, especially the children.

Sleipnir preferred receiving rather than giving. The offerings of straw the children left in their boots to be replaced by the bounty that would signify a prosperous year to all were probably an explanation for his friend’s impatience.

It was a night the two of them looked forward to, perhaps in some ways more than the Wild Hunt itself.

He paused to look up at the sky, his anticipation marred by something that had concerned him for some time. For weeks a star burned in the sky, bright and cool and unfamiliar. A portent of some sort, of that he was certain, but of what he had been unable to even conjecture. He supposed it didn’t matter. The Heavens could fall around him and he would still fulfill his promises to those he watched.

He pushed through the last of the knee deep snow to open the stable door. “I’m coming, old friend,” he called out, gathering what he needed. He patted Sleipnir’s neck before he harnessed him up to his flying chariot that would carry gifts to every home that kept his name and ways close.

He threw the doors wide and led Sleipnir outside. He looked up at the strange star again. Sleipnir snorted and pawed at the snow. “Nothing for it, noble one. Tonight we ride.”

Sleipnir snorted his agreement and his master moved to climb aboard his chariot.

From behind him, he heard a throat clear nervously. “Um, Odin, isn’t it?”

Odin stopped what he was doing and turned to see his questioner, a tall young man, with an unruly mop of blond hair, strongly built, and wearing only a simple tunic and dark kilt against the icy Nordic air. Odin took his measure.

No, not a man. Well, not a man anymore, he amended.

“You show either great stupidity, or great bravery, to face me like this, Demon.”

He raised Gungnir. The runes on his magical spear glowed blue, red, and a burning black, as soon as he held it aloft.

The demon dropped back a step, holding up his hands. “I don’t want any trouble.” He appeared unafraid, but was cautious. “And I’ve been told I’m stupidly brave once or twice,” he added with a slight smirk. “So, let’s call it a little of both.”

Odin advanced on the demon a few steps. “Your tongue is glib.”

“I’ve been told that, too.” His hands opened just a little more, raised just a little higher so he could be sure Odin could see he was not making an aggressive move. “Look, I’m not here to fight.”

Odin brandished Gungnir again. “Boy, you don’t have a choice!”

The blond danced back out of his way. “I’m here to help! Give me a chance to explain!”

Odin stopped advancing. This man, this demon, truly wasn’t afraid of him. He wasn’t backing off out of fear, but rather because he was intent on talking. However, Odin could not excuse a demon boldly roaming the streets of Asgard, even walking up to his own stable. He took a belligerent stance.

“I am not interested in talk. Your actions beg for a fight.”

The demon’s hands came up again. “I’m unarmed.” Gungnir dipped fractionally, and he took a step toward Odin. “I really am here to help. If you let me speak, you’ll have cause to thank me and my glib tongue. I promise.”

“What good is the promise of a demon?” Oden laughed with exaggerated derision.

“Not much usually.” The blond shrugged. “But mine is.”

“Why is your promise a good one when others are not?” Odin asked with skepticism.

“You see all, or so I’m told. You at least see the hearts of those who walk and who have walked the Earth.”

“Alright, then. You know my word is good.”

Odin’s eyes narrowed. “I also know that with demons, appearances can be deceiving, might even be capable of deceiving me.”

The demon ran a hand through his hair, a disarmingly human gesture. He met Odin’s cold blue eyes with warm amber ones. He felt Odin reading his very soul. “I swear on my family, I’m here in good faith.”

There was a sincerity in his words, a huskiness that came into his voice, that Odin found intriguing. “Alright.” The god lowered his spear. “First, I will have your name.”

A smile flashed, there and gone almost before Odin could mark the humanness of that, too. “You can call me Ben.”

“Ben is sort of an odd name for one of your kind.”

Odin finally gave a grudging nod. “Speak your piece then, demon. Ben. If your words displease me, you will be rewarded with the final death.”

“Oh, they’ll displease you alright.” Ben puffed out a breath, shaking his head. This wasn’t going as well as he’d hoped. “But it’s not me you’ll be displeased with. You know, unless you’re a kill the messenger kind of god.”

Ben hesitated to go on and Odin snapped, “Enough! I grow impatient and I have much to do this night. Speak.”

Odin gestured to Sleipnir. “What about my horse?”

“Of course it’s my horse!” The horse snorted his agreement and pawed at the ground again. He almost seemed to be nodding his head. “I know Sleipnir better than I know my wife, my children!”

Ben sighed. “Just … Look into his eyes, just like you looked into mine a few moments ago…”

Sleipnir clomped forward and pawed at the ground, nearly stomping on Ben’s boot clad foot. He tossed his mane, neighing his displeasure.

Odin growled, “I’ll see you’re a deceitful beast straight from the Pit of the Damned. And then I’ll kill you.”

Sleipnir puffed and stomped and tossed his head, glaring at the demon and attempting to step on his feet again. “Calm yourself, Sleipnir,” Odin coaxed.

When the horse continued to toss its head, Odin reached into his pocket and held something up near the horse’s nose. “I said, calm yourself. Come on now.”

Like he was powerless to do anything else, the horse sniffed at whatever was in Odin’s hand and took it in his mouth, chewing happily. Odin took advantage of Sleipnir’s distraction and grabbed hold of the horse’s bridle, stilling his head. The horse went completely motionless as Odin gazed into his large brown eyes.

“Bah!” Odin released the horse’s head in frustration. “I should have known. Change back at once!”

The air shimmered and Odin’s son stood where Sleipnir had been a moment before. “Father, I can explain,” he began with a charming smile.

Ben concealed a smile as Loki’s own faltered a bit. “Yeah, Loki, go ahead. Explain what happened.” Odin shot him a look and Ben bit his lips to keep from laughing. “Sorry.”

“Go on,” Odin said with tightly concealed fury. “Explain yourself.”

Loki’s hands opened and his smile fixed back into place. “Well, you see, I was only trying to … I know how important this day is to you … And…”

“I, well, I rather misplaced your horse and…”

“Misplaced?” Odin asked, his irritation only barely held in check.

“We’ve heard quite enough from you, Ronoven,” Loki spat.

“As in, at cards,” Ben managed, before Odin cut him off with a wave.

“Do you know this demon?” Odin demanded.

“Met?” Ben laughed. “You were just at my estate. For the weekly card game.”

Odin seemed to ignore him. “So you’re consorting with demons now. Weekly. I shouldn’t be surprised. Well, then…”

Ben cleared his throat. “Look, I’m glad I could help you guys start to sort this out, but I’ve got to be going.” He started to turn away.

“You stay right where you are, Demon!” Odin ordered. “Where is Sleipnir?”

Loki stammered, then regained his composure. “Well, you see, Father. That’s actually a rather funny story…”

“Oh for the love of…” Ben threw up his hands, interrupting Loki before he could implicate Ben in his family squabble any more than he already had. “Your horse is back in your stables, Odin. I led him there before I came to speak with you … He’s a biter, by the way.”

Ben’s exaggerated wince and rubbing of his forearm surprised Odin into a chuckle. “And how,” he glared significantly at Loki before looking back at Ben, “did he come to be in your possession? If you don’t mind my asking.”

“Some light cheating of me at cards. And getting caught at it. In my home.” Loki shot him a murderous look, but Ben continued. “It was a rather considerable bet. And there’s obviously a penalty involved.”

“For cheating?” Odin asked, ashamed that anyone who could be called Odin’s son would cheat, not to mention be sloppy enough to get caught at it in Hell of all places, but entirely unsurprised that Loki was guilty of it.

“Nah, people try to cheat all the time. It’s Hell.” Ben grinned. “Just, getting caught got him into a kind of double or nothing situation. Then, when he couldn’t pull it out with all eyes on him, he offered Sleipnir as payment.”

Odin shot Loki a withering glare. “A bet, was it?”

“Father, I only thought…”

Odin waved him into silence and returned his gaze to Ben. “And why are you here?”

Ben might have blushed, Odin couldn’t be sure. “I’d never take another man’s … er … god’s … You know what I mean. I’d never take someone else’s horse. I knew Sleipnir wasn’t Loki’s to lose.”

“You speak as a man who understands the bond between a horse and his master.”

“I do.” Ben swallowed. “Look, you obviously have some family issues to work out. I took the horse as payment to begin with so Loki could save face in front of the crew. I’ll lose some myself if I don’t get back before my absence is noticed.”

“Very well,” Odin said with a solemn nod, and extended his hand. Ben hesitated, but took it. “I thank you, Ben. Should you ever need to call on me or my house, I hope you will not hesitate.”

Ben nodded, it was almost a bow. “Thank you, Odin. I will if the need arises.” He tipped a wink at Loki. “Good luck.”

He walked away, puffing in the cold, to get to a place where he could open a portal and travel back to his estate, leaving the Allfather to deal with his mischievous son.